Red Flag Warning for parts of the East Bay starting 11PM Tuesday 8/17 night and lasting until Wednesday 8/18 at 3PM.

The City of Oakland announced Friday a major step forward in the work to hold illegal dumping offenders accountable, as ten surveillance cameras have been installed at strategic locations where dumping most frequently and severely occurs.

The installation of ten cameras, which the City Council approved unanimously in January, will allow the Oakland Public Works (OPW) staff to review high-quality video footage capable of supporting cases against dumpers who are caught on camera. The pilot was announced in a press event at the corner of 21st Avenue and Solano Way, a known hot spot that is also behind Community School for Creative Education (CSCE).

OPW manages most City services related to illegal dumping and public blight – and picked up 7,470 tons (or: almost 15 million pounds) in the last fiscal year alone. OPW is resolved to curb widespread dumping by holding violators accountable. The department is managing the camera program with a growing team of civilian Environmental Enforcement Officers (EEOs). A team of six officers is now actively investigating illegal dumping across the City, with a seventh anticipated later this year.

The goal of installing surveillance cameras near chronic dumping hot spots is to capture video evidence that identifies dumpers or produces supporting information needed to build credible cases for prosecution. The surveillance cameras offer the City a viable way to enhance and support the investigative work performed by the EEO team. Fines can be up to $1,000 per incident of dumping, per day. OPW staff will be monitoring these locations closely and evaluating how awareness of the cameras, and increased enforcement activity, helps dissuade possible offenders. With cameras installed in known hot spots, dumpers face a higher risk of getting caught. Over time, surveillance cameras may serve as an ongoing, visual deterrent to potential dumpers after the surveillance program matures.

“Our message is simple and direct: respect the Town and stop dumping on Oakland,” Mayor Libby Schaaf said. “Oakland families have long been fed up with people dumping on their neighborhoods, leaving dangerous and unhealthy trash where children walk and play. Today we are sending a signal that if you dump on these communities, you will be caught and held accountable.”

"Illegal dumping impacts neighborhoods across our city, and especially our low-income and immigrant communities and business corridors such as in District 2's San Antonio and Clinton Park,” said City Council President Nikki Fortunato Bas, who is also the Councilmember representing District 2. “I am so encouraged by this step forward to get to the root of the problem -- by holding accountable those dumping toxic, unsightly waste where our neighbors live, work, and recreate. Thank you to the community advocates who have organized around this issue for many years and to OPW for your work year-round beautifying our communities. Together, our partnership is marking this monumental progress in keeping our neighborhoods clean and healthy."

“A clean and safe Oakland needs to be a priority,” said City Councilmember Noel Gallo, who chairs the City Council Public Works Committee. “Whether it’s an office or a house or a neighborhood, order and cleanliness says a lot about who we are. We must aggressively begin ticketing people for illegal dumping, abandoned cars, and who put trash out on the curb before designated pickup time. The installation of cameras will certainly be an effective tool.”

Cherie Woods, a community leader with Faith In Action East Bay, a group which has been strongly advocating on illegal dumping-related issues for many years, said: “On behalf of community leaders from Faith In Action East Bay and Block by Block Organizing Network who have been collaborating with Oakland Public Works and Waste Management on Illegal Dumping issues, we would like to thank all of them for their hard work and dedication to secure and have cameras placed near Community School for Creative Education and throughout the city of Oakland. The cameras are one of the outcomes of a 5-year collaborative effort. We ask God to continue to guide us in keeping the streets of Oakland clean and safe.”

Paige Saechao Din, who is a 5th grade student at Community School for Creative Education, said, “Illegal dumping is harmful to the environment. I believe we clean together if we work together. Let's work together to make Oakland better.”

“At OPW we are striving to reduce and ultimately eliminate illegal dumping by tackling the source, and today marks a new milestone in that work,” OPW Director G. Harold Duffey said. “I am thankful to our Mayor and City Council for providing OPW staff this resource to help us meet the demand from our community to hold offenders accountable. I also want to thank all our stakeholders for their advocacy and partnership, including community partners like Faith in Action East Bay.”

The camera system is purchased from Security Lines U.S., and the system itself is called the POD (Portable Observation Device) Surveillance System. City Council approved the installation of 10 units, which come at a price range of roughly $5,500 to $8,000 per unit depending on the model. The initial City costs are about $85,000. There are no mandatory annual maintenance service fees or initial per-camera licensing fees -- ongoing costs consist of monthly cellular service. Pending a successful pilot, OPW will seek additional camera installations and work with City Council to approve and fund them. 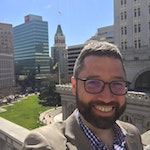